Carlo Ossola is Italian literary critic, professor of Italian literature at the University of Geneva (1976-1982), Padua (1982-1988) and Turin (1988-1999). Since 2000, he is professor of modern literature of neo-Latin Europe at the College de France in Paris. He also leads the Institute of Italian Studies (ISI) at the University of Lugano and co-directs the review Lettere Italiane, as well as the Rivista di storia e letteratura religiosa published at the Olschki editions (Florence). Carlo Ossola is the author of numerous books in French and Italian. Among his recent ones: Il continente interiore, Venise, Marsilio, 2010, and the edition, introduction and commentary of Dag Hammarskjöld, Jalons, Paris, Editions du Félin, 2010.

René Frydman was head of the department of obstetrics and gynecology and reproductive medicine from 1990 to 2010 at the hospital Antoine Béclère, Clamart, and head of the Consortium Woman Couple Embryo Child (2006-2011). He was the initiator of medically assisted procreation treatments in France. During his career, he was responsible of the research team unit INSERM 782 (2006-2010), director of education at the Faculty of Medicine PARIS XI and head of the medical project of the Bicêtre maternity hospital. He was also a member of the National Human Rights Committee (1987-1988), a member of the National Consultative Ethics Committee for Life Sciences and Health (1986-1990), and in charge of bioethics to the Minister of Health (1992). He participated in the perinatal plan in collaboration with the Secretary of State for Health (1997-1998) and was technical advisor for the Minister of Research (2001-2002).

Carmen Perrin is born in La Paz, Bolivia. In 1981, she graduates from Geneva’s Superior School of Fine Arts and in 1986 starts teaching in the institution. In 1993, she is given the Bourse Landys et Gyr scholarship so she can live and occupy an art studio for one year in London. Now, she lives and works in Geneva and regularly occupies an art studio in France. Since the 1980’s, Carmen Perrin established herself as a visual artist creating sculptures. In the 1990’s she started creating works increasingly related with architectural and landscape contexts. In 2005, she decides to stop teaching to dedicate herself entirely to her artistic research. She is currently working on projects related with public spaces and pursues in her studio a research in the close articulation between sculpture and drawing practices.

Alumni of the Ecole Normale Supérieure in philosophy, Alain Grosrichard taught in the Department of Psychoanalysis at the University of Vincennes, led by Jacques Lacan. He is now professor of French literature at the University of Geneva and president of the Jean-Jacques Rousseau Society. He published numerous works on Rousseau and the Enlightenment, including Structure du sérail, la fiction du despotisme asiatique à l’âge classique (Seuil).

Vittorio Gallese is Professor of Physiology at the Dept. of Neuroscience of the University of Parma, and a trained neurologist. Neuroscientist, his research interests focus on the cognitive role of the motor system and on an embodied account of social cognition. His major contribution is the discovery, together with his colleagues of Parma, of mirror neurons and the elaboration of a theoretical model of social cognition – embodied simulation theory. He worked at the University of Lausanne, at the Nihon University of Tokyo, and at the University of California at Berkeley. He received the Grawemeyer Award for Psychology in 2007, the Doctor Honoris Causa from the Catholic University of Leuven in 2010, and the Arnold Pfeffer Prize for Neuropsychoanalysis in 2010. 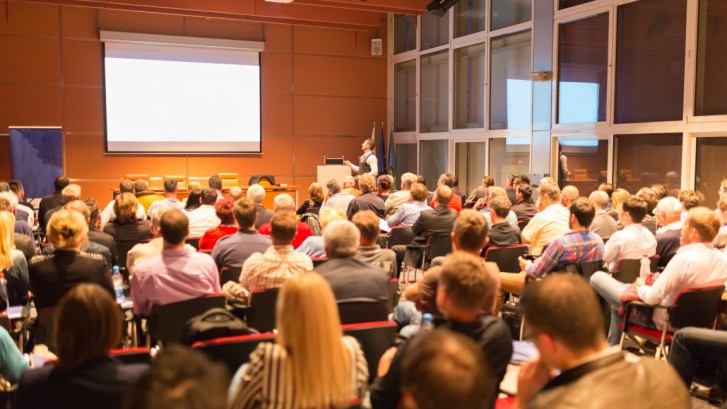 In the 1970s, the drawings and paintings of Bernard Moninot result from the combination of elements having different degrees of reality. His works are presented in the Biennale of Paris in 1971 and 1973, at the Museum of Modern Art in Saint-Etienne in 1974, at the Documenta of Kassel in 1977, at the Maeght Foundation in 1979 and at the ARC in 1980. From the 1980s, drawing stands out as the only medium, becoming the subject and the object of his research. His works can be seen in many public collections in France and abroad: Boymans Museum, Rotterdam; Centre Pompidou, Paris; Frac Picardie; MAC / VAL, Vitry-sur-Seine; Menil Foundation, Houston. He exhibited at the National Gallery of Jeu de Paume in Paris in 1997, at the Fruit Market Gallery in Edinburgh in 1998, at the National Gallery of Modern Art, Bombay, Delhi in 2001, at the Andata Gallery in 2003 and at the Baudoin Gallery in 2005. From 1983 to 2006, Bernard Moninot teaches at the School of Fine Arts in Bourges and Angers, then in Nantes. Since 2006, he is professor at the National Superior School of Fine Arts in Paris.

Lucienne Peiry, PhD in art history, was appointed Director of Research and International Relations of the Collection de l’Art Brut in Lausanne, after heading the museum for ten years (2001-2011). She dedicated her doctoral thesis at the Art Brut and at the history of the collection made by the French painter Jean Dubuffet (the current Collection de l’Art Brut in Lausanne). Her study was published by Editions Flammarion (English, French, German, 1997, several editions). Author of numerous books and articles on this topic, she is at the origin of several documentary films about authors of Art Brut who took part in the exhibitions she designed and organized at the Collection de l’Art Brut and abroad (Europe, Japan, Australia). Lucienne Peiry also teaches at EPFL, at the College of Humanities.

Agnès Thurnauer was born in 1962. Self-educated in painting, she graduated in video film at ENSAD in Paris. She exhibited in France and abroad, at the Biennale de Lyon, Tokyo Palace, Pompidou Center, CCC in Tours or SMAK in Ghent. In 2012, she participates in several exhibitions, such as “The plasticity of language” and “The Hidden Mother” in Paris, “elles@centrepompidou” in Seattle. She prepares the publication of her “Notes d’atelier” and continues a practice of publishing books and multiples. Her work is in major public and private collections.

Jacques Vincey studied letters before entering the Conservatoire de Grenoble in 1979. In 1983, he played under the direction of Patrice Chéreau in Les Paravents by Jean Genet. He continued his acting career working with many stage directors such as Bernard Sobel, Robert Cantarella, Luc Bondy, André Engel and Laurent Pelly. In 1995, he founded the company Sirènes, which he is artistic director. Gloria, one of his first performances was a great success and was immediately shown in the Avignon In Festival in 2001. He then created many shows such as Le Belvédère by Ödon von Horvath (2004), Mademoiselle Julie by August Strindberg (2005), Madame de Sade by Yukio Mishima (2008), La Nuit des Rois by William Shakespeare (2009), Jours souterrains by Arne Lygre (2011), Les Bonnes by Jean Genet (2011-2012).