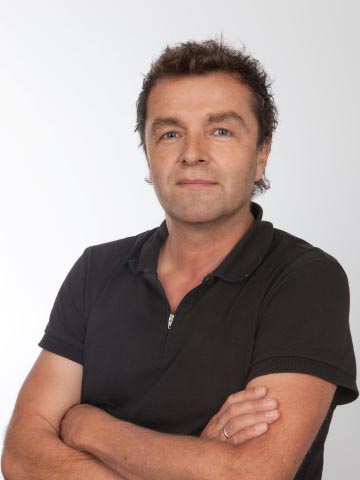 Richard Rentsch studied jazz at the Swiss Jazz School in Bern. He is a graduate of the Dick Grove School of Music in Los Angeles and the Music Conservatory of Lausanne. Composer and pianist, his interest in pedagogy and musical improvisation has always been at the heart of his artistic approach.

At Agalma Foundation, Richard Rentsch is responsible for the creation and coordination of musical events between music, neuroscience and psychoanalysis. He is responsible for establishing and developing a network of musicians interested in the research projects of the foundation. In addition, he works for the development of partnerships with scientific and contemporary art institutions, such as IRCAM (Paris), the National Music Conservatory of Paris and other research institutions active in music creation in an interdisciplinary perspective.

Richard Rentsch develops with François Ansermet and Pierre Magistretti the project “Music and Brain in Unconscious Waves” in relation with their work on the unconscious in their application to the creative process. This project aims at analyzing the signal from neuronal activity during a phase of musical improvisation. This project was featured in a television documentary entitled “Nous naissons tous fous, certains le demeurent”, as well as at the Verbier Music Festival, at the workshop of the Montreux Jazz Festival, at Palexpo at the meeting “Music and brain” of the Federation of European Neuroscience (FENS), at the Swiss Institute of Roma, at the Dosges Montreux Festival and at the BFM in Geneva. This project is intended to be presented in scientific conferences and festivals of classical music and jazz.